The elephant in the house; how do we balance Conservation with Development? 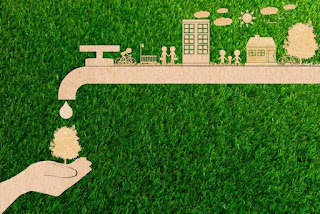 The damage to biodiversity( variety of plant and animal life in the world) became clear when a summary of a UN-backed report by the Intergovernmental Science-Policy Platform on Biodiversity and Ecosystem Services, revealed that 1 millions animal and plant species are currently threatened with extinction from human activity.

The report, compiled by 145 authors from 50 countries, is the most comprehensive look at humanity’s imprint on nature ever to be completed, having tracked the relationship between economic development and the impact on the planet over the last 50 years.

1. Almost 75% of the world’s freshwater is used for agriculture and livestock

2. 60 billion tons of water are extracted every year

3. Urban areas have more than doubled since 1992 at the expense of forest and wetlands

4. 400 dead zones in the oceans now exist due to fertilizer runoff

5. By 2050 when the world’s population is projected to be 9.8 billion, 75% and more than half of the oceans will have been “significantly altered” 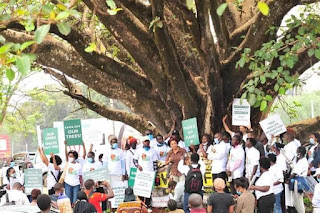 To balance Conservation and Development, all stakeholders must focus on developing applied research and tested and proven community-based conservational practices that support conservation and development in a sustainable manner, with an emphasis on projects related to road network and dam construction, oil and gas exploration and extraction, aquaculture siting and large-scale agricultural development.

Applying a variety of innovative ways that have been used to influence policy processes, from community pressure groups through elected and unelected leaders, to scientific discourse at the levels of directors of economic planning and conservation can be put into use if a balance is to be struck.

Conservation activists must now not be one-sided in the push to be heard. Their activism should be geared towards influencing government, through direct lobbying, influence of parliamentarians, wielding of science and research, and inter-community dialogue, networking and solidarity.

Participation should focus not simply on production of a plan, but should be designed to create dialogue space between multiple stakeholders with divergent goals and understanding.

What do think can spur a balance in Development and Conservation???

- November 03, 2020 3 comments:
Email ThisBlogThis!Share to TwitterShare to FacebookShare to Pinterest

RAINWATER: THE UNTAPPED GOLD OF DRYLAND

RAINWATER IS THE GOLD WE WASTE IN DRYLANDS. For dryland farmers, harvesting water is as important as harvesting their crop. They need ... 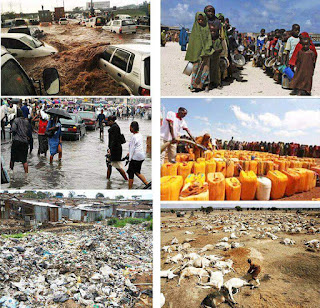